Spa Houseboats on the Gold Coast

Spa Houseboats on the Gold Coast

History of the Spa Houseboats with Coomera Houseboat Holidays

Houseboats have been travelling the beautiful Gold Coast waterways pretty much as long as anyone can remember.  It probably wasn’t until the very early 80’s however that we saw the first professionally built and commercially registered hire houseboats operating. First it was the Buccaneer range of houseboats built in the very early 80’s on the Coomera River just near where we now call Coomera Waters.

The building and hiring of the Buccaneer houseboats was the genesis of what is now Coomera Houseboat Holidays today. It was the start of our professionally built and commercially registered hire houseboats operating on the Gold Coast. Coomera Houseboats has always had a tradition of supplying the newest and most modern styles of houseboats to the market since those early days and even into the 90’s things were no different. In the 90’s Coomera Houseboats continued the tradition with its association with Supercat houseboats and then Caprice houseboats both houseboat manufacturing companies based in Chinderah, northern NSW.

In the late 90’s Coomera Houseboats were recognized by the Cummins diesel engine company as being the industry leader in houseboat hire, houseboat design and construction consultation services. Cummins asked Coomera Houseboat Holidays through their subsidiary, South Pacific Home Cruisers to work closely with them to help develop what would be the most advanced and luxurious range of houseboats to hit the Gold Coast Waterways ever, these would be 60 foot air-conditioned spa boats.

As a result of the collaboration between Coomera Houseboats and the Cummins owned South Pacific Home Cruiser company, the luxury Billabong range of diesel powered spa houseboats were born.

After the launch of Blue Horizon the South Pacific Home Cruiser company changed hands and then the third Billabong was built, Blue Sky. Blue Sky was known as a Billabong 60 but different in the fact that she was fitted with an outboard engine and no spa. The spa was fitted to Blue Sky shortly after making her Coomera Houseboat’s 3rd spa boat.

In 2004, Ocean Spirit the first of the sub 15 metre spa houseboats entered the fleet, again with an outboard engine.

In 2005 our 5th spa boat and most luxurious at that time entered the Coomera fleet at a cost of $1.9 million. She was known as the Aegean 60 and again was fitted with outboard propulsion and of course the 6 person heated spa.

In mid-2008 the largest of our spa boats arrived into the fleet, the big majestic silver lady known as ‘The Prestige’. The Prestige offered all the mod cons of all the spa boats to date, but just much more. Bigger, roomier, more enclosed living area, she is truly Prestige.

Later in 2008 our 7th spa boat Patriarch was launched, the second of the sub 15 metre spa houseboats.

These days Coomera Houseboats has reduced the spa boat fleet to what we consider to be the best 4 spa boats on the water, Blue Sky, Aegean 60 and The Prestige and of course still a huge number of smaller houseboats and cruisers.

So if it is a spa boat you are after – and why not treat yourself, you can be confident that only Coomera Houseboat Holidays has the back ground, the history and the runs on the board to ensure you have the best presented, best maintained spa houseboats on the water.

You can see all our spa boats, houseboats & cruisers on our web site www.coomerahouseboats.com.au or by visiting us at our own marina at Coomera Houseboat Holidays 84 Shipper Drive, Gold Coast City Marina, Coomera, Queensland 4209 or give us a phone call anytime on +61 7 55026200.

Happy Houseboating with Coomera Houseboat Holidays, your next GREAT holiday! 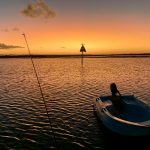 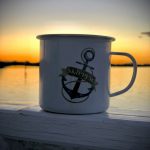